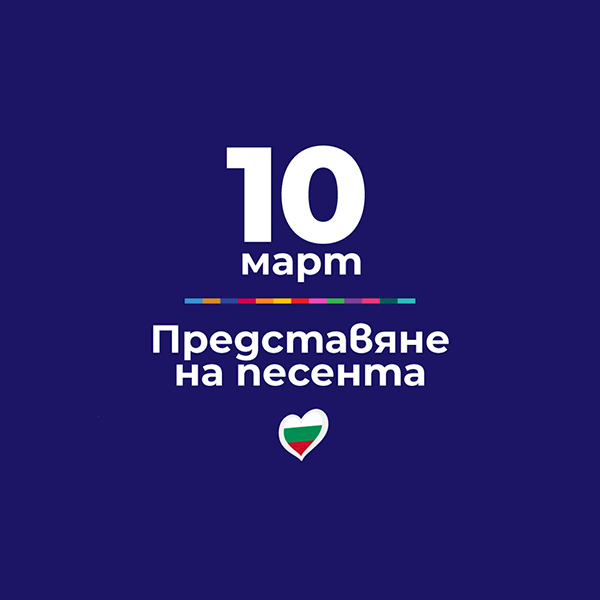 The Bulgarian song for Eurovision 2021 is already selected. This was announced by VICTORIA on Twitter. On March 10, it will be revealed which of the artist’s six potential songs will represent Bulgaria in Rotterdam.

VICTORIA will host a concert where she will perform live all of the songs from the EP as well as her biggest hits. At the end of the event, she will reveal her song for Rotterdam. The concert will be aired at 21 CET on BNT 1 and will be streamed online on eurovision.icard.com and via VICTORIA’s official YouTube channel.

VICTORIA says about the song choice: “This was a very hard decision to make, but my team and I stand by it. I am really proud that so many fans and experts shared their opinion on my six songs. I believe in our song for Rotterdam 2021 and I can’t wait to reveal it at the end of my concert on March 10. ”

For ten days, music fans around the world had the opportunity to share their feedback about VICTORIA’s potential songs for Eurovision 2021 at Bulgaria2021.com. The Bulgarian team also organized focus groups with music, TV and Eurovision experts, which had the opportunity to rate “Imaginary Friend”, “Growing Up Is Getting Old”, “Dive into Unknown”, “Phantom Pain”, “The Funeral Song” and “Ugly Cry”.

Genoveva Christova, the producer of the Bulgarian participation from Ligna Groups about the selection process: “Together with our parners from the Bulgarian National Television, the Eurovision Bulgaria team and VICTORIA, we have done our best to take into consideration the enormous feedback we received from all over the world. We are really proud that so many people expressed their opinion on our potential songs for Rotterdam. Today, we had a meeting where we discussed the feedback from Bulgaria2021.com as well as from the focus groups. We believe that we made the best possible choice. We have a long road ahead of us and with the song we chose, VICTORIA will feel most confident and comfortable on the stage in May.”

The semi-finals and the grand final of Eurovision 2021 will take place in Rotterdam on 18, 20 and 22 May. Bulgaria will take part in the second semi-final on Thursday, 20 May.

VICTORIA's participation at Eurovision 2021 in Rotterdam is supported by the fintech company iCard - official sponsor of the Eurovision Bulgaria project. The Bulgarian participation is a public–private partnership between the BNT and Ligna Group.