Eurovision 2021 organizers determined yet realistic on plans for May 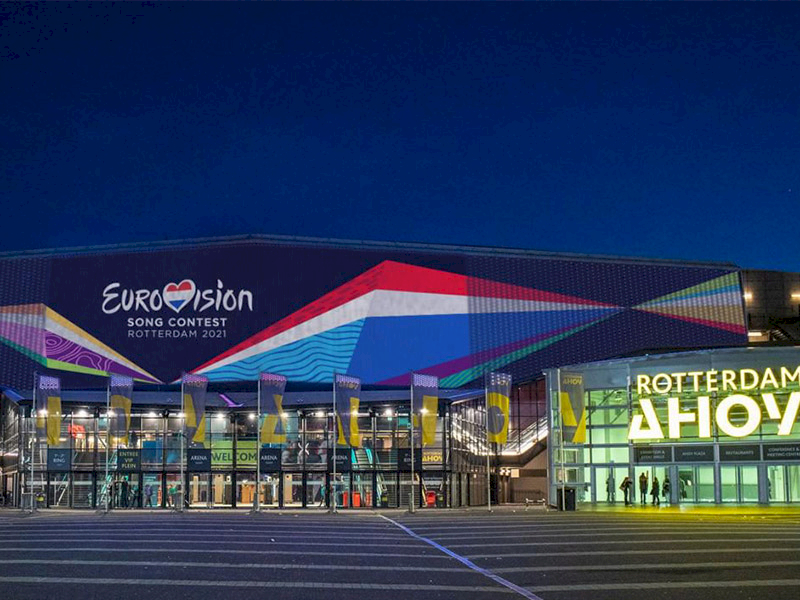 With just over 3 months to go, the organizers of the Eurovision Song Contest 2021 have agreed a determined, yet realistic approach in the final phase of preparations. In response to the ongoing coronavirus pandemic, the European Broadcasting Union (EBU), Dutch Host Broadcasters NPO, NOS and AVROTROS and the City of Rotterdam have ruled out that the 65th Contest can take place “as normal” in 2021.

The organizers will now focus their efforts on Scenario B, hosting a socially distanced event with artists performing in Rotterdam, while realistically keeping downscaling options on the table for the weeks to come.

“The Eurovision Song Contest will definitely make its welcome return this May despite the pandemic but, in the prevailing circumstances, it is regrettably impossible to hold the event in the way we are used to,” said Martin Österdahl, Executive Supervisor of the Eurovision Song Contest. He adds: “The security, health and safety of all participants at the Eurovision Song Contest, from the crew to the artists, is our top priority. We are following international developments closely and continuing to explore and plan for 3 revised scenarios (B, C and D) first announced last autumn. We’re grateful for the renewed commitment and backing from the City of Rotterdam and the ongoing support of all the participating broadcasters. We very much hope to be able to gather in Rotterdam in May and will do all we can in the coming weeks to achieve this. “

The 3 scenarios being planned for are:

Everyone attending the Eurovision Song Contest at Rotterdam’s Ahoy Arena would need to practice social distancing. Strict health and safety measures (including frequent COVID testing) would be in place at the venue. A protocol to protect artists, delegations, and crew on and off site would be adhered to. If there are any delegations who cannot travel to Rotterdam, their artists will perform “live on tape” with a recorded performance being used. Those who can travel to Rotterdam will perform their songs live on stage. The 2 Semi-Finals and the Grand Final will take place, either with no audience or a reduced audience to allow for social distancing. The final capacity would be dependent on local government guidelines. There will be activities in the City of Rotterdam held in a safe and responsible way.

A Eurovision Song Contest, from Rotterdam’s Ahoy Arena but no delegations or artists will travel to Rotterdam. Hosts and interval acts will still be live from the Ahoy. The performances of ALL the participants will be “live on tape”. Strict health and safety measures (including frequent COVID testing) would be in place at the venue. A protocol to protect crew on and off site would be adhered to. The 2 Semi-Finals and the Grand Final will take place, either with no audience or a reduced audience to allow for social distancing. The final capacity would be dependent on local government guidelines. There will be reduced activities in the City of Rotterdam held in a safe and responsible way.

A Eurovision Song Contest without an audience and virtual activities will be considered to explore the host city of Rotterdam. The performances of all the participants will be “live on tape”. There would be  2 Semi-Finals and a Grand Final, but no audience.

“With an ever-changing situation we are taking our time to ensure that we can host the Eurovision Song Contest in the best and safest way possible.” A further decision on how the Contest will be staged will be taken in the coming weeks. Sietse Bakker, Executive Producer Event for Host Broadcasters NPO, NOS and AVROTROS said: “By staying flexible for as long as we can, we are aiming to make the best possible Eurovision Song Contest under the circumstances. Our primary goal is to get the 41 artists to Rotterdam, to all perform on the same stage, and to welcome journalists to cover the Contest.”

An extensive health and safety plan has been developed for all scenarios to guarantee the maximum protection of everyone present at the Eurovision Song Contest. A special coronavirus protocol has also been drawn up that reflects those already in use by Formula 1 and UEFA for example.

In recent weeks, the City of Rotterdam has renewed its commitment to working with the EBU, NOS, NPO and AVROTROS on producing a great event whatever the circumstances.

Councillor Said Kasmi from the City of Rotterdam said: “The Eurovision Song Contest in Rotterdam, live from Ahoy, is a ray of light to look forward to together.”

“As Host City, we are optimistic, enthusiastic and realistic. Within the available possibilities, we will make the best of this situation together with our partners! Let's hope that this Eurovision Song Contest, which will be different from all 64 previous Contests, will offer great new opportunities for partners and entrepreneurs in the city. One way or another: Rotterdam will Open Up again!”

The Dutch government has also given assurances that, in the event of the Eurovision Song Contest being staged in Scenario B, all participating artists and delegations will be able to enter the Netherlands.